The History of Cigars in America 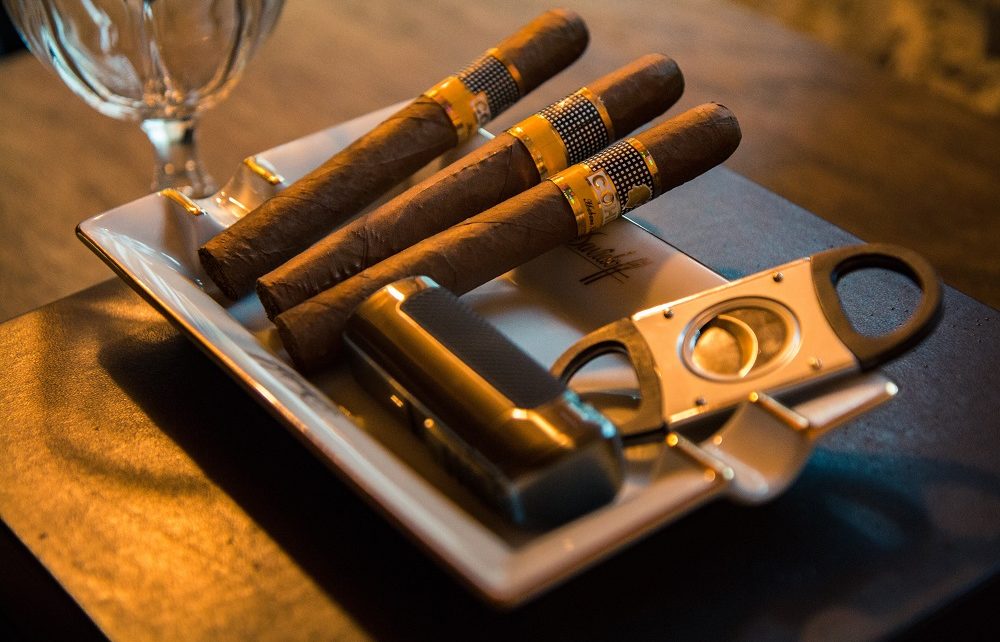 The history of the cigar is as rich and complex as its flavor. Cigars have been around for thousands of years, although not in the form that we are familiar with today. Though Cuban cigars are the most well-known and revered of its kind, the cigar itself didn’t come from Cuba. No, it originated somewhere in the Americas – however, exactly where in the Americas, specifically, is not certain.

Generally, historians believe that the cigar was first invented by the Mayans, who smoked tobacco leaves tightly bound up with string or rolled in corn husks. Cigar smoking was very important in Mayan culture, as some research shows that cigars were used in most major rituals, with the smoke having been seen as an offering in itself. A lot of art, such as ceramic pots dating back from the 10th century, portray Mayans smoking cigars.

Even the very name of the cigar can be traced back to the Mayans. Sikar, the name that the Mayans used for smoking cigars, most likely led to the Spanish word cigarro, from which the cigar takes its name.

Cigars and tobacco reached Europe only when Christopher Columbus stumbled upon the Americas in 1492. Columbus and his lieutenants quickly adopted the habit after the locals taught them how to smoke the cigars. Columbus brought tobacco back to Europe, after which smoking cigars became quite popular in Spain, Portugal, and France. The habit then spread to other European nations.

Most European cigars originated from Spain, which tried to monopolize the cigar industry in the 17th century. When this happened, many cigar manufacturers moved to Florida, with Tampa even becoming known as “Cigar City” by the early 20th century. New York City, too, became a popular destination for cigar manufacturers, with several small manufacturers creating cigars in small apartments.

During this time, cigars exploded in popularity throughout the world, with the US alone consuming about 300 million cigars by the middle of the 19th century. Soon, the cigar became a status symbol and an important part of popular culture.

In 1962, US President John F. Kennedy imposed a trade embargo on Cuba, which affected the trade of Cuban cigars. This embargo prevented Americans from enjoying a Cuban cigar for several decades. That is until President Barack Obama eased some restrictions. Now, it is legal to buy Cuban cigars abroad and bring them back to the country. Americans can now enjoy a fine Cuban cigar just as they relish cigars made in the US and other places, such as Mexico, Honduras, Nicaragua, and the Dominican Republic.

Today, thanks to technological advancements, many cigars are made by machine. However, nothing can top the pleasures of a hand-rolled cigar. Those who want to enjoy the experience of smoking a premium, handmade cigar can turn to an experienced cigar roller in Fort Lauderdale like Cigar Stud. With our cigar rolling events, we create not only high-quality handmade cigars but also one-of-a-kind smoking experiences.

If you have to class up your event, get in touch with us. Our master cigar rollers will hand roll the finest cigars on-site at your party. All you and your guests will have to do is sit back, relax, and light up our freshly made, luxury cigar.