Hispanic Heritage Month: Celebrate the Cigar History of the Americas 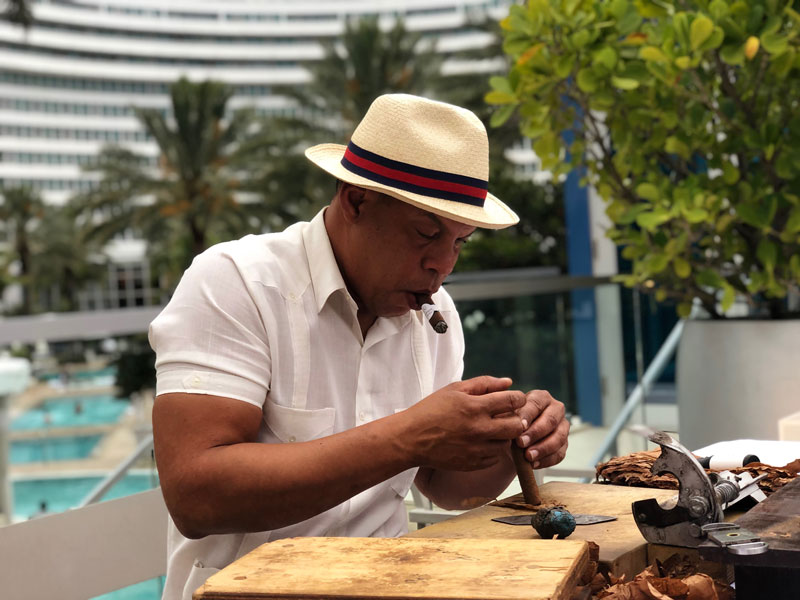 Cigars and Hispanic culture are in inextricably intertwined.

National Hispanic Heritage Month is the period from September 15 to October 15 in the United States, when people recognize the contributions of Hispanic and Latino Americans to the group’s heritage and culture.

We’ve all heard the tale of Columbus witnessing Cuba’s indigenous population smoking cylindrical bundles of twisted tobacco leaves wrapped in dried palm or corn husks and how the explorer brought the raw material back to Europe. From then on, most European cigars were originally manufactured in Spain, however, it was not long before the Spanish found that Cuba and its climate was the ideal place to grow tobacco.

Hurry! Slots are filling up fast this year!

Though Cuban cigars are perhaps the world’s most revered, it probably didn’t originate on the island. Cigar smoking first took hold elsewhere in the Americas—exactly where and when remains uncertain. A ceramic pot discovered in Guatemala that dates at least as far back as the 10th century depicts a Mayan puffing on tobacco leaves bound up with string. The Mayans may also have handed down the object’s name: their term for smoking, sikar, likely led to the Spanish cigarro, which led to our word: cigar.

Fidel Castro’s rise to power in would forever change the world of cigars when he seized control and nationalized Cuba’s cigar and tobacco industries. This caused the exile of many of its famed tobacco and cigar men, which led to the rise of the non-Cuban cigar industry throughout the rest of the Americas including Nicaragua, Dominican Republic, Honduras and Colombia. While tobacco is grown as far north as Canada and as far south as New Zealand, the best cigar tobacco comes from the regions between the Tropic of Capricorn and Tropic of Cancer right in the heart of Latin America.

With each puff of a cigar you are paying homage to the legacy of this rich and diverse culture. Let’s light up your event during Hispanic Heritage month with our authentic “Level 9” Cuban torcedores who roll cigars live in front of your guests.