Cigar Rollers Are the Highlight of Every Old Hollywood Decade Party 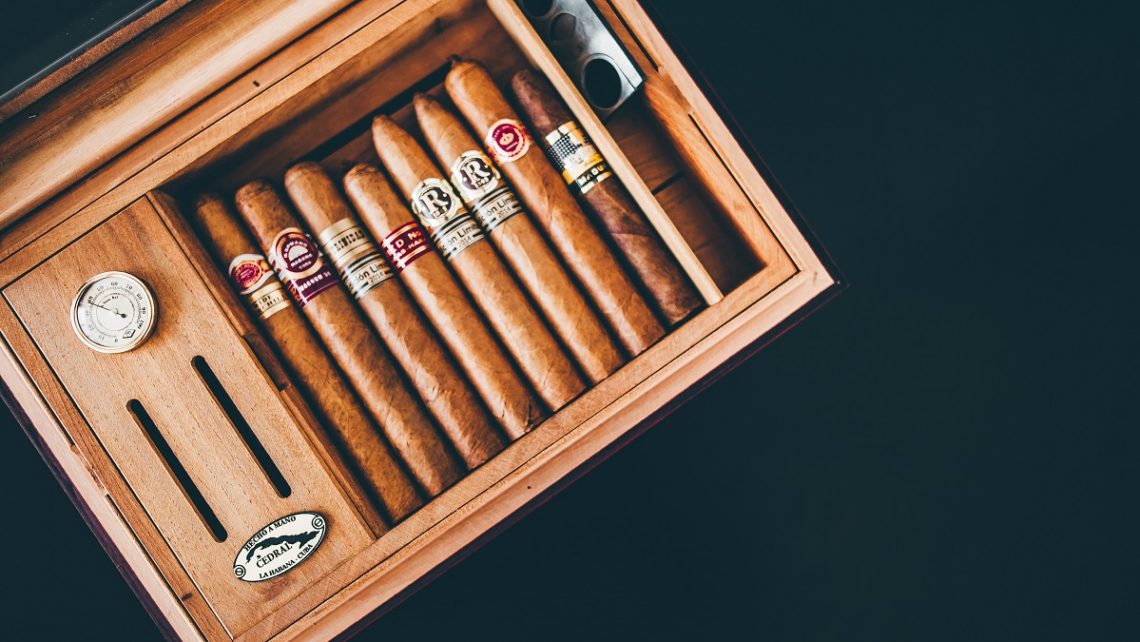 Here’s how to pull off the dashing, debonair look, according to Rhett Butler, one of Old Hollywood’s most celebrated characters: clean-cut, slicked-back hair (no sideburns), an expensive, bespoke suit, and a small mustache. The look’s clincher, though? A sexy, lighted cigar to surround you in a visible air of mystery and drama.

It’s not just Rhett Butler who loved a generous plume of smoke. Various Hollywood personalities, from Charlie Chaplin to Tony Montana, used a cigar to reinforce their manliness, dominance, and power. Thanks to these larger-than-life characters, the cigar became, during the first half of the twentieth century, a symbol of affluence, sophistication, and manly — not boyish — charm.

If you’re throwing a decade party that falls between the Roaring Twenties and Old Hollywood — that is, 1920s to 1950s — cigars are a necessary party favor. Nothing would make your celebration look more authentic than gentlemen in sharp suits, ladies in glamorous silk shifts, and a Ft Lauderdale cigar roller providing the most exquisite cigars in the city.

A Fixture in History

Critical to throwing a successful party is embodying the spirit of the age. During the 20s, it was all about jazz and women’s lib — an era where smoking accompanied every social activity. During the 50s, meanwhile, it was all about conformity and serious business, where men sat in boardrooms talking about serious matters, holding equally serious, full-bodied cigars.

Recreating these scenes perfectly, understandably, is impossible — who could resist looking at one’s phone at a party? Your best bet is to use items that men and women of that were all the rage back then, like food, clothes, music, and cigars.

The last item is probably the most telling of your party favors. By the mid-19th century, America had consumed around 300 million cigars.

Association with Wealth and Power

Although affordable, cigars have always been tied to affluence thanks to the people that have wielded them.

We’re not just talking about Hollywood stars. Take King Edward VII, who, upon assuming the British throne, allowed his subjects to smoke after years of being prohibited by his mother, Queen Victoria. He famously proclaimed, “Gentlemen, you may smoke.” Another statesman, Sir Winston Churchill, smoked such an extraordinary amount of cigars that a variant was named after him.

Mark Twain, a best-selling author, proclaimed, “If I cannot smoke cigars in heaven, then I shall not go.” Another such personality was Sigmund Freud. At the height of his practice, he talked to patients through a cloud of blue, fragrant smoke.

A Cigar Roller at Your Party

As a host or hostess, you wouldn’t want to ask your friends to bring cigars to your party. It’s your responsibility to provide the items that would make the party more authentic.

This is a tall order; different people have different tastes in cigars. Even in the 20s to the 50s, gentlemen and ladies had an abundance of types to choose from. Moreover, it would be boring to merely lay out some cigars on a table. It’s no different from ordinary parties that provide cigarettes.

Talk to our team and hire your own cigar roller for the night. He or she is guaranteed to make your event more interesting. Our master craftsman will roll up to a hundred cigars at your event, so your guests can witness just how much care and expertise go into every stick. He or she will also assist in cutting and lighting to give your guests an authentic decade party experience.

Get in touch today!